If you pay attention, the word nature has tons of meaning hidden in it. It means a continuous adaptation for survival against a harsh environment. It means a pursuit of happiness. It means maintaining an individual identity. It means an ongoing struggle for perfection. It means helping each in progress and growth. It means cooperation for life. Most of the awe in nature comes without any central planning. Sun rises and shines without any effort from planners. Water evaporates from oceans and river. Clouds form and travel near and far. Rain pours on Earth. Trees and forests grow. Animals and humans feed.

We can provide favorable and good environment, and resultant growth. We can plant a seed and water it. We can take care of our kids and pets. We can build and buy a home. We can take care of ourselves and our families. We can acquire knowledge, and use and spread it. We can have, and provide protection from weather. But, we cannot decide how many branches, leaves and fruits our trees are going to have. Our kids learn from environment and build their own personalities. Other people build and buy their own homes. Our families grow and kids become independent to have their own lives. We may know a lot. Still, even the best of knowledge is a drop from ocean of knowledge. We cannot control and plan weather.

Nature has freedom, written, all over it. For millions of years, no human being has planned anything. Regardless, this huge universe keeps growing and expanding. The whole equation is extremely complicated. Uncountable events, processes and phenomenon are going on every instant, all by themselves. No human being or group of human beings can ever have the knowledge or comprehension of even a small proportion of it. We can create tons and tons of data. None of those can ever cover everything.

History of science is a big proof of complete and utter imperfection of our knowledge. Throughout the history of science we see that science proves one thing. After that our observation expands. Data gets more comprehensive. Experimentation becomes more sophisticated. So, inferences change. Newtonian Physics gets replaced by Theory of Relativity. Atom is not the smallest particle, now. Pluto is not a planet. Too much of Carbs and fats is not good for health, anymore. Electronic valves get replaced by transistors. Good old radio becomes satellite radio.

For the most part, somehow, the world is ruled by collectivist ideologies. May be many of us are too lazy to enjoy the fruits of freedom. It sounds like a very good idea that someone else is taking care of us and everything. Wishful thinking though. Others are humans like us, too. They are taking care of themselves. Although they may deceive us by telling that they are taking care of us. Throughout the course of human history, we see a large number of religions and related theocracies claiming themselves as the people of God. All of those made their followers believe that their words were words of god and their way was the way of God.

When, in West, people finally revolted against long going repression and exploitation by religions and theocracies, the “people who know the best” started showing up in in other, different and secular disguises. These have different names. But, together they can be called collectivists. Government replaced God and politicians replaced priests. Basic idea is still same. Just like God, government knows everything. Politicians are best well-wishers, ever, just like priests. Citizens must give up everything to the will of government just like religious followers were supposed to give up everything to the will of God.

This is the bottom line. Just like religions, collectivists fail every single time and just like religion they come back with a new name into a new disguise, promising a better solution with better results. The disguises are so many. Liberals, progressives, social democrats, feminists, reformists, environmentalists, just to give you a very few examples. But the basic idea and demand is same. Give up your right, provide us control, and we will plan and manage your lives better than you can do yourselves. Somehow government has this magic wand and godly powers which can solve every problem, every issue, in an instant.
Yet, cruise through history books, perform an intensive Internet search, talk to experts and gurus, read all journals, articles and research papers, visit universities and libraries, go to churches, mosques, temples and other religious places, you will hardly find any major achievement in human history, specifically made possible by collective planning. Almost all the major and life changing discoveries and inventions are the products of individual risk takers, inventors, creators, entrepreneurs, artists and scientists. Humans, just like others in nature, find their own way, own survival, own growth, own progress, own results and own achievements, all by themselves. No doubt the contributions come from families, communities, friends, coworkers, neighbors and relatives. But there is hardly any central planning involved.
If anything central planning does, it is, what happened in Soviet Union, in China and India before they opened their markets, in North Korea, Cuba and Venezuela. Instantaneous actions taken by billions of people every day, cannot be surpassed and covered by few central planners. Human beings are basically selfish and self-centered. They seek gain, reward and satisfaction, under all circumstances. Profit motive, and sense of achievement and success are the biggest incentives, ever created.
The only way to go for human beings is being human. We are born free and are supposed to live and grow free. Everyone else is human just like us and has not right to dictate and rule our lives. Collectivism related ideas are tried, time and again, all over the world and none of those ever came close to our immense growth in first two hundred years of free market Capitalism. Many of the collectivism ideas are being marketed on moral high grounds. This is a mere deception, too. First of all any system based on coercion and theft cannot bear moral high grounds. Plus, they have never produced results like us.
Human Shop 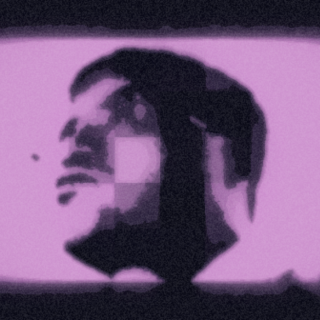