Meeting the Presidential Criteria in the US

Barack Obama has been forced to face several questions surrounding his exact origin of birth since his inauguration as US President, which either reflects a genuine concern or a unwelcome prejudice that lies beneath the surface of the social fabric. As Arizona governor Jan Brewer this week vetoed a bill that would have required presidential candidates prove their eligibility for office, America took a positive step towards challenging the concept of eligibility and also towards focusing their issues on the key issues that currently bight the US. Although other states are moving forward with similar bills with a view to enforcing them, they are less likely to succeed in the wake of Jan Brewer’s decision and the inevitable protests against racial prejudice, repression and a specific interpretation of eligibility. Given the Arizona states reputation for backing more radical legislation concerning immigration, their stance came as something as a surprise to those who dispute the merits of the the so called ‘Birther’ bill, and raised relevant questions concerning both the existing law and exactly which qualities are important when running a country. The Right to Set Presidential Qualification Requirements Of course the US constitution does afford states the right to determine how its representatives are elected, while also allowing them to ensure that their candidate meets existing constitutional qualifications. What it forbids is any state attempting to impose new legislation that forces qualified candidates to refrain from standing for election, as this addition of criteria is unconstitutional and opposes the democratic foundation of the US. What has further confused recent issues is that the relevant article in the US constitution is open to interpretation in terms of being a natural citizen of the United States. The so called ‘Birther movement’ has been cited by potential presidential candidate Donald Trump, who has questioned current leader Barack Obama’s place of birth and eligibility as US president. It leans of existing law and legislation that rules that the nations president must be a natural born citizen of the United States, and has utilized this to draw attention to Mr. Obama’s place of birth and his core nationality. The primary foundation of this argument also formed part of Arizona’s proposed bill, which would require the presidential hopeful to produce a birth certificate with the included signatures of relevant physicians and witnesses, which is not featured on the one presented or owned by Barack Obama. There are two main points to draw from this. The first lies in the interpretation of article 2 of the constitution, which makes reference to the president being a natural born citizen of the US. This is in itself open to conjecture, and has never been clarified by the Supreme Court. While those who follow the ideals of the Birther movement choose to interpret it as meaning that any candidate must be born within the boundaries of the US to US citizens and hold a specifically detailed birth certificate, a more reasonable and liberal interpretation is that any citizen who is born to a US subject or parent should eligible to run for presidential rule regardless of their place of birth. An Underlying Suggestion of Racism The second and far more troubling point concerns the motivation for the proposed bills, and in particular their reference to Barack Obama. While it is true that the suggestion of Donald Trump may have been adopted by those who simply oppose the current presidents rule and policies, it is hard to imagine that it would have come into the public domain were it not for Mr Obama’s race and creed. While there is a clear distinction between race and nationality, these lines have historically been blurred when it comes to oppression or acts of hostility towards ethnic demographics. The UK is an interesting case in point, as the 1970’s saw the emergence of the British National Party who opposed the migration of Asian and Afro-Caribbean families into the country. Despite this, their acts of violence often victimised British born citizens, which proved that their motivation was based on the issue of color of skin rather nationality. While it is fair to say that those who oppose the current president based on race are a distinct minority, the Birther movement is something that both attracts the interest of those with racial prejudice while also setting a dangerous precedent for freedom and equality amongst citizens. Beyond this, there is the feeling that the discussion prompted by the debate has been little more than irrelevant distraction from genuine issues in the US. Not only is this debilitating to the hopes of the nation to move forward, but it also raises questions as to what exactly is important in terms of being eligible to run a nation of the history and size of the United States. Surely an individual who has lived and committed themselves within the boundaries of the US (while seeking education and work to further their political ambitions,) retains the right to aim to be a presidential candidate regardless of their respective birth place or natural citizenship. Amending the Constitution It should be noted that the constitution of the US has formed a wise and sensible bedrock throughout recent history, but there are undoubtedly clauses which are both outdated and irrelevant in the modern age. Just as its text denied political and voting rights to women, so too there are other areas which seem to suggest a generation bias towards specific social demographics, and these reflect the time in which these clauses were set and imposed. Times change as do attitudes, and this pace of change can render existing laws or legislation both redundant and potentially divisive, and so there remains an argument to review the nations constitution for the better of society. By doing this, the ‘natural born citizen’ clause could be clarified and confirmed as required, and set a desired precedent for future instances of citizenship. 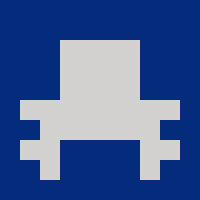 ExcitingAds
Navaid I. Syed is the owner and CEO of www.ExcitingAds.com / ExcitingAds! Inc. He is a medical doctor and was born in Mirpurkhas, Sind, Pakistan, on July 31, 1964. He graduated from Liaquat University of Medical and Health Sciences, Jamshoro, Sind, Pakistan, in 1990. He is Educational Commission for Foreign Medical Graduates, Philadelphia, PA, USA, certified.
1.3K Comments
Inline Feedbacks
View all comments

Nice read, I just passed this onto a colleague who was doing a little research on that. And he actually bought me lunch because I found it for him smile Therefore let me rephrase that: Thanks for lunch!

Wonderful website. I was checking constantly this blog and I am impressed! Very useful information specially the last part I care for such information much.

Hello, Wonderful job! This is very much helpful for my research and i hope to run through more of your posts someday! How i wish i can see you in person so i can get to know you more.

Hi this is kind of of off topic but I was wanting to know if blogs use WYSIWYG editors or if you have to manually code with HTML. I’m starting a blog soon but have no coding experience so I wanted to get advice from someone with experience. Any help would be enormously appreciated!

I’m extremely impressed along with your writing talents and also with the layout on your weblog. Is this a paid topic or did you customize it yourself? Anyway keep up the excellent high quality writing, it’s uncommon to peer a nice blog like this one these days..

Superb blog! Do you have any recommendations for aspiring writers? I’m hoping to start my own blog soon but I’m a little lost on everything. Would you propose starting with a free platform like WordPress or go for a paid option? There are so many options out there that I’m completely confused .. Any tips? Bless you!

Hey! I just wanted to ask if you ever have any issues with hackers? My last blog (wordpress) was hacked and I ended up losing several weeks of hard work due to no back up. Do you have any solutions to prevent hackers?

Hey webmaster, commenters and everyone else !!! site was absolutely wonderful!

Hi, Thank you for this specific material I had been seeking all Msn to be able to locate it!

Do you mind if I quote a couple of your posts as long as I provide credit and sources back to your webpage? My blog is in the exact same area of interest as yours and my visitors would definitely benefit from some of the information you provide here. Please let me know if this ok with you. Many thanks!

Have you ever thought about adding a little bit more than just your articles? I mean, what you say is fundamental and all. However imagine if you added some great photos or video clips to give your posts more, “pop”! Your content is excellent but with pics and videos, this blog could definitely be one of the best in its field. Good blog!

Do you have a spam problem on this blog; I also am a blogger, and I was wondering your situation; many of us have developed some nice procedures and we are looking to trade methods with others, please shoot me an email if interested.

Howdy! This is my 1st comment here so I just wanted to give a quick shout out and tell you I genuinely enjoy reading your blog posts. Can you suggest any other blogs/websites/forums that cover the same subjects? Appreciate it!

I was very excited to come across this post. I wanted to thank you for this informative piece! I definitely relished every little word and I have got you saved in order to check out latest content you post about golf.

Fantastic site. All posts have a process to learn. Your hard work is very good and i enjoy you and wanting for some more informative posts.

This blog has a good content. I found this on Bing search and I really enjoy reading this. I will add this to my favorites.

I little girl that I nannied for used to love to sing along with the radio. One day when we were in the car, the B-52s song Love Shack was playing and her version of the song was milk Shake, baby, milk shake.

Hi webmaster, commenters and everyone else !!! website was absolutely wonderful!

I have been really searching for something about this subject and your writing completely fits my current desires. Will you please make much more about these lines? Visitors are looking for this knowledge and the sort of impartial opinion which you supply.

Hi webmaster, commenters and everyone else !!! blog was absolutely wonderful!

My favourite is Alan Shearer. No doubt. He is the reason I follow Newcastle United till today, its been more than a decade living here far in Malaysia.

Orwells Animal Farm is useful too..

Excellent weblog. All posts have a process to learn. Your hard work is very good and i enjoy you and wanting for some more informative posts.

Excellent website. I was checking constantly this website and I am impressed! Very useful information specially the last part I care for such information much.

hi there, looks like some great discussion going on here

thanks for an excellent post. bookmarked and will come back for sure.

Hello webmaster, commenters and everyone else !!! blog was absolutely wonderful!