This article analyzes the crisis hitting Ukraine, in the light of currently mounting tensions between Russia and United States. Brings into focus the causes, and potential consequences and solutions for this very dangerous international conflict.

This article analyzes the adverse social and economic effects of big government. Shows, how the increasing authority of big government leads to corruption, cronyism and tyranny. Points out to the fact that a big government must tax to death to fund its ever growing operations and needs. 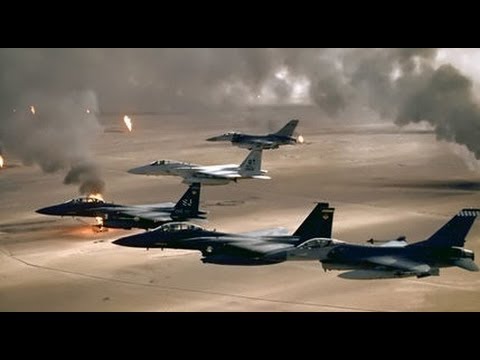 This article analyzes the ongoing wars since September 11, 2001, in the light of current escalations against ISIS, in Syria and Iraq. Provides a historical perspective, and performs a broader, theoretical cost and benefit analysis. Highlights the sad fact that we are wasting incredible amount of resources in fighting the enemies which do not have any capability to attack us in foreseeable future. Shows that we are fighting for goals which have never been successfully achieved in human history.

This article analyzes the issues attached to international and regional trade agreements, in the light of proposed trans-Atlantic and trans-Pacific trade and investment agreements, being negotiated, recently. Provides a broader and deeper historical perspective. Discusses the Economics and finances of trade. Highlights its effects on job creation, quality of products and services, creativity, innovation, standards of living and prices.

This article analyzes our conflicts with Muslim world, in the light of latest ISIS offenses in Iraq. Brings into perspective the whole cultural, historic and evolutionary cycle of monotheistic religions. Compares the history of islam with other major religions. Connects the broken links and discusses the policy options to fix the mess we got ourselves in. Highlights the concerns of Muslims, playing a big role in overall worsening of situation in Middle East.

This article analyses the current economic and financial situation in United States under the light of experience during 1920 Depression. Performs a comparison of fiscal and monetary manipulation by government, at the expense of tax payers, to "fix the economy" versus Laissez-faire. Highlights the sharp contrast in policies and resultant recovery during 1920 and 1929 depressions. Discusses the underlying factors behind this huge difference.

This article analyzes Great Depression in a broader historical perspective. Sheds light on the causes and development of disaster. Connects the dots between major studies, articles, accounts and books on Great depression. Separates the reality from hype and propaganda. Points out to the parallels in 2008 and other major economic and financial disasters. Makes it clear, what may be prolonging recovery from 2008 crisis.

This article analyzes the issues of socio-economic inequality, and proposed solutions. Brings into focus the question, is inequality bad or natural? Provides a historical perspective. Points out to the successes and failures various ideologies have encountered in past, recent and contemporary situations. Digs into the fact that the attempts to create an artificial equality, always lead to more taxation and bigger government.

This article analyzes the first amendment rights, especially in the light of abortion, freedom of speech and choice. Shows, how it applies on every day situations. Takes, in depth look on abortion related arguments. Enriches it with a very personal story. Performs a scientific review. Discusses the proven scientific facts of human Embryology, cellular and tissue biology. Brings into focus the related ethical and constitutional issues.

This article analyzes the option of voting for third parties. Discusses the arguments for and against the multiple party system. Brings into focus the importance of competition and availability of choice. Points out to the rampant corruption and cronyism in current two party dominance over our political system. Explains, how improved competition and more choices can change the situation. Appeals to the voters for voting in accordance with merit, not the affiliations.

This article, analyzes the role of corporate lobbies and big media, their money, power and influence, in country's political and electoral process. Examines, how this dirty game is destroying our country, nation, its economy and finances. Warns readers and voters about the hazards associated with continuation of this process. Pin points, how this propaganda scheme works. Advises, how to tackle this situation and what needs to be, and must be done. Shows the ways to think outside the box and get rid pf the control of big media over voting decisions.

This article analyzes history, in the light of different political and economic ideologies and point of views. Highlights the major players and their roles in good, and bad. Compares different interpretations and discusses various proposed solutions. Brings into focus the ideas of authority and freedom. Finds out, how government has been the single most common and destructive weapon, in all the destruction and havoc, ever imposed on humanity.

This article analyzes the tyranny of taxes and big government, and compares it with low taxes and small government environments. Explores the inverse relationship between high government spending and unemployment. Finds out the reasons, why the big governments have been flourishing in Western countries. Digs out the relationship between politics of money and corruption. Explains the role of individuals in fixing these issues.

This article analyzes the rampant corruption and cronyism going on in U.S. government, in the name of wars and green technology. Unveils the role of corporate lobbies and big media in this ongoing and worsening situation. Points out, why a government too big in size and authority is the biggest threat to the survival of any nation and country. Diggs out and suggests the possible solutions for this serious problem.

This article analyzes the current U.S. budget and debt crisis, in the light of two party duopoly on our political system. Points out the fact that people are flip flopping from one party to another, in the false hope of getting something better out of other party. Unfortunately, every time we switch over to the other party, the outcome we get is even worse than before. The reason for that is because both parties are now totally corrupt, and work for same corporations and their lobbies. The only way out of this mess is a third party controlling White House.

This article analyzes the situation in Korean peninsula, it's historical background and possible solutions. Sheds light on the true effects of economic sanctions, being repeatedly imposed by U.N. Security Council. Brings into focus the the related issues of balance of power, global interests and concerns. Balances the equation between U.S., China, North Korea and Japan. Evaluates, in detail, the role of China and it's causes. Part played by ideological conficts and post Korean war tensions, is discussed, too.
X