Richard Petty Driving Experience at Chicagoland Speedway Talking to Conservatives about Same-Sex Marriage (and why I shouldn't be forced to marry a redhead) - YouTube. [tubepress mode="tag" tagValue="redhead" playerLocation="popup" resultsPerPage="30"]

This article analyzes the the extremist and intolerant Wahhabi Islam, in the light of consistent human rights violation in Saudi Arabia. Provides a broad and deep historical perspective. Spells out the reasons for us looking away when it comes to the worst situation in that country.

This article analyzes police violence on streets, in the light of current events in Ferguson and New York. Provides a broad and deep historical perspective. Clears the hype created by corporate media and corrupt politicians. 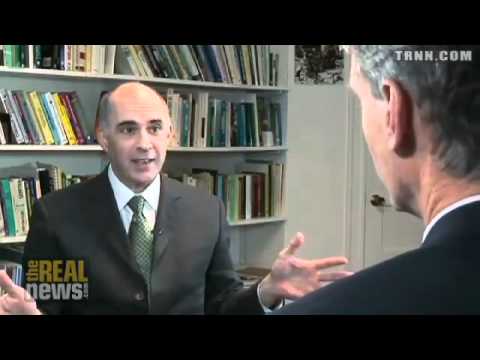 This article analyzes the effects of restrictions and regulation imposed on the movement and mobility of individuals, goods and services. The most basic and common excuses given by governments, in the favor of these regulations are, protectionism and security. Highlights the fact that these regulations neither protect nor secure. These actually destroy the individual freedoms, economies, social fabric, peaceful societies, and ethics and morals.

This article analyzes the issue of immigration reforms. Provides a historical, economic, social and political perspective. Explains, why would an easy Green Card policy be beneficial for all Americans. Emphasizes the desperate need for re-union of naturalized Americans with their families, still living in native countries. Uncovers the conflict of interest between big business and immigration reforms.

This article analyzes the root cause of rampant money, power and influence, and cronyism in our society. Challenges the commonly held and popular views. Provides feasible and common sense solutions. Explores the links between authority, secrecy and corruption. Points out to the nucleus of ever growing problems. Highlights the importance of self reliance, individual responsibility and constitutional rights, in the process of fixing these problems. Explains, why should we not have a big government.

This article analyses the evolution of government and authority of men over men, in the light of history. Explains, why every single political system, to the date, has failed to end tyranny and maximize the individual liberty and freedom, as required by nature and condoned by reasons. Uncovers the causes of existence of a ruling class, and its ever increasing power, wealth and control. Brings into focus the inherently imperial nature of government, and how did it grow from a provider of safety and security for the people, into multi-billion and even multi-trillion dollar enterprises.

This article analyzes the balance of power between the three branches of government and president's insistence on uncontrolled and unchecked powers. Discusses the president's ridiculous notion that anyone who disagrees with him is somehow stupid. Highlights the role of media, like Wikipedia, in placing a check on government corruption. Emphasizes the fact that people of this country own this country, not the government or their funding corporations. Acknowledges that Obama is turning out to be far more dumb then Bush.

This article analyzes the, so called, fiscal cliff, political bickering, and offers real and practical solutions. Highlights the effects of spending and tax cuts, in broader economic and financial terms. Finds out why the two major political parties keep worsening the situation and could not achieve real solutions. Digs out the role of special interest in these ongoing and worsening issues. Explores the co-relation between two party duopoly on our political system and look busy, do nothing government. Figures out the real and practical choices, that are available to us as a declining nation.

This article is twelfth in a series, analyzing the candidacy of libertarian candidate for president, Gary Johnson, in 2012 U.S. presidential elections. It compares, in detail and depth, the plans being proposed by Barack Obama and Mitt Romney, to cut the U.S. federal budget deficit and debt, with the ones, being proposed by Gary Johnson. Sheds light on candidates' records. Explains, why we need a real change, not a superficial one, comprises of only change of faces, with same type of lobbies' controlled politicians in place, on the major avenues of power, in United States.

This article performs an overall analysis of libertarian ideas, in the light of Libertarian candidate for president of United States, in 2012 presidential election, Gary Johnson's candidacy. Compares it with other two, so called, mainstream ideas, being proposed by democratic Party Candidate and incumbent Barack Obama and Republican challenger, Mitt Romney. Shows that both Republican and Democratic party ideas are rhetoric of same old failed ideas, while Libertarian ideas are based on common sense and provide real solutions to real problems.

This article is the ninth, in a series, analyzing the candidacy of Gary Johnson, Libertarian candidate for president, in 2012 U.S. presidential elections. It provides a very broad and deep historical perspective to the evolution of money and trade, and government controls. Has a great criticism of monetary and fiscal policies. Effectively shows, how government regulations adversely effect the economy, in terms of devaluation of money, inflation, depressions, recessions and run-offs. Highlights the chain of events, in human history, leading to current dismal state of affairs.

This article is fifth in a series analyzing the candidacy of Gary Johnson, presidential nominee for Libertarian Party, in 2012 U.S. elections. This article challenges the laziness of American voters and motivates them to stand up, and courageously and devotedly fulfill their responsibilities as American citizens and voters. Emphasizes the fact that we just cannot getaway from our responsibilities, by saying that it is all politicians' and media's fault. It has a lot to do with the ways we act and vote. If we vote responsibly, after doing little research about candidates and do not rely too much on big media, we can have very different outcomes.

This article is the fourth in a series on the candidacy of Governor Gary Johnson, Libertarian Party Candidate for president of United States, in 2012 U.S. presidential elections. Brings into focus the issues of government regulations vs. free markets. Analyzes the advantages and disadvantages of big government. Sheds light on the ideas of war, and global influence and control vs. constitution and Bill of Rights. Finds out, if government is smarter or people and private enterprise. Answers the question, if we are better off, protected by government or free.

This article analyzes the candidacy of Gary Johnson, Libertarian candidate for president of United States, in 2012 U.S. presidential elections, former two times, term limited governor of New Mexico, popularly known as Mr. veto, who used his veto power, a record, 750 times, during his eight years, cut taxes fourteen times and never raised those. He is true Libertarian, who stands for the superiority of constitution, drug reforms like legalizing Marijuana, ending military wars and war on drugs, and bringing troops home, right now.

This article analyzes the controversy surrounding Affordable Healthcare Act and the U.S. Supreme Court ruling, regarding it. Deeply reviews the issues faced by U.S. healthcare system and their effects on budget, deficits and national debt. Compares current scenario with the time when the act will be in full effect. Contrasts U.S. health care system with the other developed countries, in terms of cost, waiting periods and over all healthcare status of population, in different developed countries. Brings into focus the ever growing industry of medical tourism in United States.
X