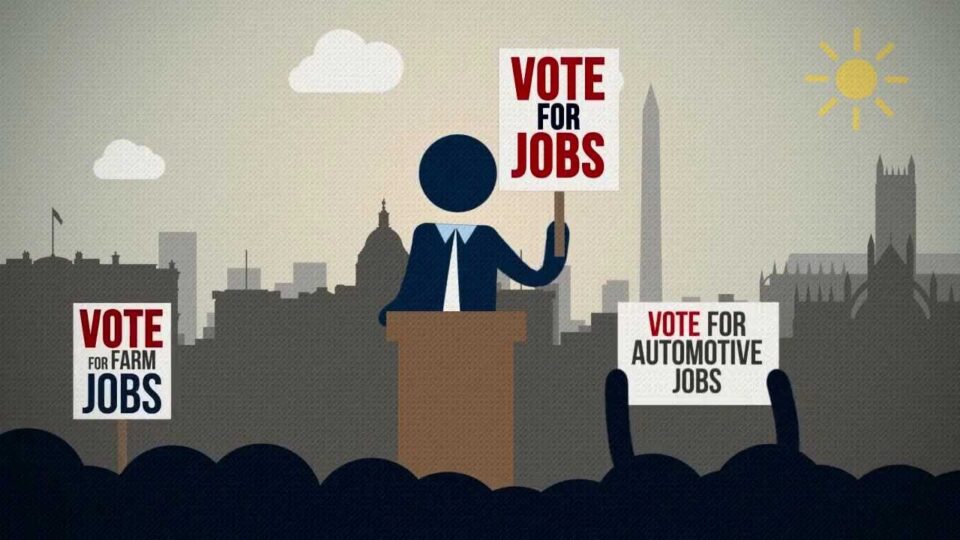 If you read any government proposal for a new policy or a new law like a budget proposal, most of those seem to be like very good examples of creating a problem and than solving it by creating another one. Let me give you an example. You will find these kind of sentences and phrases in all government proposals: Currently government taxes you this much and this way on this and it is causing this problem. We are proposing to cut this to that much in that way for that much period and this will create lots of jobs, spur growth and solve the problem forever. What a mess? What a joke? Few years later, you find out that the proposed solution did not solve anything. It just messed it up even more.

This is because government is chasing its own tail. Still, there is no will to except that government interventions have failed, and they must repeal all this bull crepe and leave us alone. Lets just go back to the days when individual was sovereign and free to create, innovate and do business. The best they come up with is that this regulation is not working this way for this reason. So, we will replace it with that one which will work in that way for that reason. What could be more idiotic than this ridicule?

Similar is the case with data manipulation by liberals. For example, effects of taxation on growth and jobs. A typical liberal data presentation or writing will start around 1900 and stop around 2006. This is genius, I have to say because it starts right around when major tax hikes started to take place in U.S. and major European economies and it cuts out the 2007-2009 major recession. So basically you are analyzing the growth rates during a protracted period of steady taxes hikes. The growth rates seem to be steady, and dismal, pretty much during the whole period. So, the conclusion would be that there are no effects of taxation on growth rates.

This picture will drastically change if you start your study or data presentation from 1776, for example, all the way up to, say, 2010. What difference is this going to make? Remember, the original purpose of the study is find out effects of tax hikes on growth rates. This is now a real comparison. Why? Because, now, we have the era of little or no tax hikes (1776 – early 1900s) to compare with era of rapid and large hikes in direct and indirect taxation (early 1800s – 2010). Now, we have, also, incorporated the ultimate disaster of tax hikes period, the 2007-2009 recession into our data.

So, you cannot say that we do not have real examples for comparison. Both periods are over hundred years long and clearly distinctive even from the point of view of our study. Contrary to the ridiculous gimmick on numbers in any study covering the period from early 1900s to 2006, you do not have to be a genius to draw any conclusions. Picture is as clear as it could be. During the first period, 1776 to early 1900s, the period of little or no taxation and smaller government, the growth rates are unbelieveable.

It will look like you are living in contemporary China. In just about a very short span of less than 150 years, we are all set to become world’s largest and richest economy, ever. Suddenly, around 1900s all this greatness takes a dismal turn when Teddy declares a war on capitalism and starts the tradition of more and more government regulation on capital markets. Shortly after that, our government decides to start policing the world and jumps into WWI. This changes everything. The greatest growth in human history, ever, immediately slides down to a dismal average of 2-4% per year.

To regulate the economy, extend welfare and police the world, our government continues to grow. To fund these new expanses, Americans and american businesses are needed to be taxed more and more, directly and indirectly. These new growth rates are not even enough to support the younger people joining work force, every year. So, we are on perpetual path taking us down the hill. Then ultimate disaster hits us in 2007-2009. Imbricating this into our data brings the growth rates during second period, starting from early 1900s, to even less than 2-4%. My friends, this is the correct method of comparing the effects of taxes and big government on economy and growth, not the way liberals do. They just play with numbers within the period marked by enormous destruction to economy due to, so called, liberal reforms.
Now, the question is, why there is such a huge difference between the two periods? Simplest answer is that in first period we had free market Capitalism cruising us to a path of prosperity, growth, wealth and end of poverty. During this period we created the world’s largest and wealthiest middle class, ever. That was the real path to end poverty. Since, we gave up that path, more and more people are dropping below the poverty line, difference between rich and poor is increasing, unemployment is high, growth rates are dismal and middle class is disappearing, the hallmarks of pre-Capitalism feudal world.
Why is our economy going back to a feudal like system? The examples of Soviet Union, Communist China and other Socialist and Communist countries should be enough to teach you that the liberal ideas based on Socialism are not very different feudal societies. Socialist countries replaced feudal lords with the biggest feudal lord of all times, a totally centralized government. This authoritarian government was even far more destructive than feudal lords, in many ways.
Crony Capitalism is even more dangerous. It is a very powerful cartel between government and politicians, big corporation and lobbies, and big media. They come under the disguise of independent people and institutions working for you. So, what happens is that the big corporation and their lobbies, sitting at the top of this killer triangle, buy, take over and own big media. They also finance big political parties, their major campaigns, super-packs, activist groups, and big community and religious organisers, organisations and leaders. So, every nucleus of power around you says, oh yes! Vote for the big guy, who has lots of corporate money and negative TV ads. Don’t worry, you will be just fine.
Businesses Shop