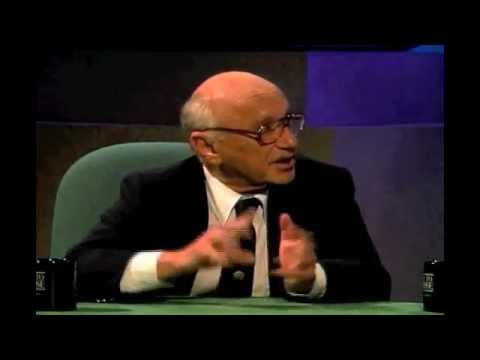 Your analysis goes as far as you can take it or want it to go. This is the bottom line:

Protectionism hurts the protectionist country and open trade benefits everyone.

First of all there is not enough evidence for unfair trade practices from China like currency manipulation, and government controls and liberal labor policies keeping wages low. But, even if we assume that these allegations are true and China is indeed involved in those unfair trade practices, the fact of the matter is that the lots of U.S. and other foreign businesses which manufacture their products in China and then sell those products in international markets, benefit a lot from low currency value and low wages in China while Chinese are still suffering from lower standards of living.

The major reason why Chinese currency values lower than Dollar or Pound Sterling or Euro, is because in spite of very large trade and export volumes, contrary to other major currencies Yuan is still not widely accepted as a reserve currency. The demand for Yuan is thus lower than other major currencies, hence its value. This is the reason why Japanese Yen never picked up too much value. On the other hand, we are hurting our own economy by using “China’s unfair trade practices” as an excuse for our own protectionism.

Since, WTO came into existence, the use of tariffs and other previously common form of protectionism has fallen to a great extent. This is because WTO specifically prohibits and protects its members against such practices. One loophole that was kept in WTO charter, in order to provide the member countries some room for retaliation against a phenomenon known as dumping, is called antidumping duty or AD. As you can fairly predict, gradually it became the most abused part of WTO charter. In addition to this, after opening up its markets, China was not admitted to WTO on equal terms.

China was forced to admit the status of non-market economy, NME, as a condition for WTO membership which it desperately needed due to its Socialist Economy in past. Together with AD duties, China’s NME status has become a menace for world economy. This is what is happening, right now:

If a company believes that its business is being negatively affected because a specific country is dumping its products into the country that company belongs to, below a fair price value, the company can file a petition to ITC. ITC then runs a preliminary investigation to determine if the petitioning company’s business is in fact hurt by dumping.
If IRC gives an affirmative ruling and the petitioning company is a U.S. company the case will then be forwarded to DOC for a two stage investigation to come up with a preliminary and a final decision on petition. DOC basically calculates if the price at which the product is being sold in U.S. is a fair price or not. If the exporting country is a market economy this is calculated by prices in local market or in a third country or by the calculation of net cost of production in exporting country plus a reasonable margin of profit.
This changes, drastically, if the exporting country is being classified as non-market economy like China, for example. In this case, it is assumed that the prices in exporting country are not being determined by markets forces. Rather than that the government which mainly controls the economy, determines the prices. So, the prices in that country cannot be the fair prices. As a result, the fair prices are calculated in a surrogate country which presumably has similar market conditions as the exporting country. China’s surrogate is often India. It is not very hard to realize that India is quite different from China and price calculations done in India usually end up at numbers which would have been lower if calculated in China itself.
Because of this obvious disadvantage due to non-market economy status at WTO, it is much easier for any company, interested in killing its competition, to win an AD case against China. So, companies in their anti-dumping petitions usually target China first or in many cases only china is targeted in those petition. Since, the whole process is skewed against non-market economy status, China loses in most cases and a duty is applied to those Chinese exports.
This loophole offers a low risk and relatively low cost targeting of China by opportunistic companies. The result is that China faces AD duties far more than any other country in the world. This is not the point though. The point is that because we are abusing this loophole in WTO charter, our economy, our businesses and our consumers are suffering as a result of it. The prices go up, businesses that use this import in their products become less competitive and consumers end up paying more. Take example of AD duties on Chinese tires. Tire prices went up, cost of automobile manufacturing increased and U.S. consumer ends up paying more.
There is absolutely no economics in this whole arguments. It is purely political. Politicians, including president, are looking forward to earn some cheap votes under the slogan of protecting U.S. tire industry and jobs in that industry while big media fully backs them up. The problem is that the people who were buying Chinese tires are still not buying American tires because imported tires from many other countries are still cheaper than American tires while U.S. consumers and automobile industry ends up paying higher prices.
China’s non-market economy status at WTO did not happen by accident. Special interest which owns big media and pays for election campaigns, lobbied government to not accept China into WTO without this prerequisite and now this weapon is being used, time and again, to harm U.S. consumer and other businesses. China has not retaliated to these excesses, so far. Perhaps Chinese are defensive about their non-market economy status or they are just thankful that they at least have a WTO membership or they are thinking that these ridiculous barriers will ultimately harm U.S. economy creating even more and bigger budget deficits, making U.S. government to borrow more and pay China even more in interest payments.
Protectionism Shop